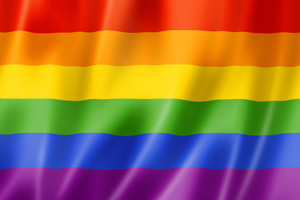 Last week, the LGBTQ community was attacked twice by the Trump Administration. First, we were attacked through a series of tweets from Donald Trump stating that he will not “accept or allow” transgender people to be in the US military. Second, we were attacked by the Department of Justice, who filed a statement with the courts, suggesting sexual orientation is not a protected class under the Civil Rights Act of 1964. For several years, sexual orientation has been classified underneath sex discrimination through Title VII, and successfully used in court cases where a LGBTQ employee has been discriminated against based on their sexual orientation.

With an Administration that clearly wants to discriminate against LGBTQ citizens, what can you do as an employer or agency to further enhance LGBTQ workplace inclusion?

The first thing to do is to clearly communicate to employees and your community that you are supportive of the LGBTQ community and your employees.

Now, more than ever, is not the time to remain silent about your support.

This support should be communicated from C-Suite executives down through the different branches and departments of a company. Currently, LGBTQ people feel scared and uncertain of what the future is going to bring them regarding their rights, jobs, and families. This is caused by the actions of the current Administration, including Trump’s twitter account that makes statements which have not been given approval or undergone legal vetting. It is also caused at the state-level where politicians are pushing bills that will take away the rights of LGBTQ people.

It is essential for companies to speak up and out not only in the workplace, but also in the city and state in which you are located. The rhetoric used by politicians, is fueling the beliefs and behaviors of individuals who hold biases and misperceptions against LGBTQ people. While polls show a majority of people in the US do not feel one should be discriminated against because they are LGBT, this Administration and certain politicians are painting a different picture.

After acknowledging your support, it is time to review your current policies and to communicate with your LGBTQ Employee Resource Group surrounding:

To assist your company in reviewing how LGBTQ-friendly and inclusive you are, it will be helpful to look at the Human Right’s Campaign Corporate Equality Index (CEI). The CEI is the national benchmarking tool for ranking LGBTQ-friendly workplace environments. If you are not part of the CEI, it is time to begin the process to be ranked. If you are part of the CEI, look at your current ranking, which ranges from 0 to 100 (100 being top score) and use this to help guide you in your next steps.

It is also important to create environments where employees can have conversations and talk about different topics surrounding diversity and inclusion. As a diversity and inclusion speaker, I can confidently say that the most impactful trainings that I’ve conducted for companies, are trainings that have everyone in the room, not just the people that want to be there. In my trainings, I always create a space where folks can feel comfortable asking questions, and not feel fearful for how they are wording their questions. We can’t start improving our understanding and how we communicate, if we are not communicating at all with one another.

We need to be okay with making mistakes because mistakes will happen. What we learn from them, and how we address them, shows how successful we’ll be in creating more inclusive spaces.

I am uncertain what the next three-years will bring us with this Administration, but regardless of their actions, the country can continue moving forward, with your support.

Ryan Sallans is a speaker, consultant and author who works with both national and international companies to improve their workplace environments for lesbian, gay, bisexual, transgender, and queer (LGBTQ) employees and families. Learn more at RyanSallans.Com.

Navigating Schools in this Time of Disruption for Transgender Youth
February 24, 2017
Finding Trans-Inclusive Colleges and Universities for Your Child
January 27, 2017
Taking Care of Yourself During the Holidays: Learning How to Duck
December 2, 2013
Upcoming Events
Ryan’s Blog
Tweets by @ryansallans
Go to Top