Reflections from a Trans Man after Nine Years of Hormone Therapy 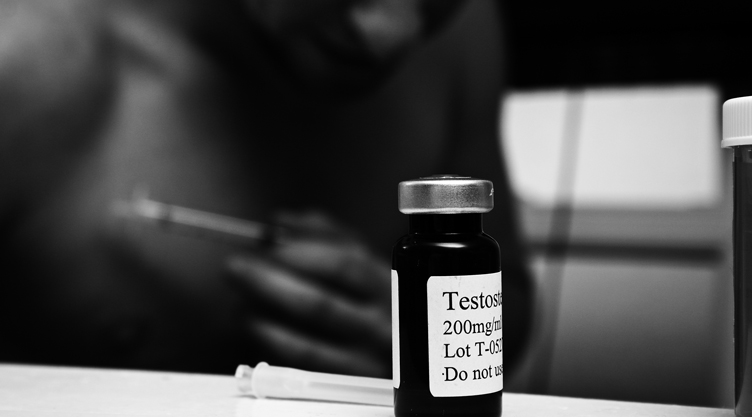 After reaching nine years on testosterone, and nine years into my transition, I’m sitting here, a trans man, trying to remember the moments that led up to my very first injection. Sometimes I take my past for granted and avoid self-reflection, but an anniversary is always a good time to think about how things have changed, and what I have learned now that I’m almost a decade into my transition. To begin, I’ve chosen to share an excerpt from the first chapter of my memoir, Second Son, to remind myself and readers about where I have come, and where I will continue to go in life, partly due to testosterone.

“The needle never really stops intimidating me. I like to pretend that I’m tough, and that it doesn’t bother me anymore, but I would be kidding myself. . . The five o’clock shadow that now lines the edges and contours of my neck, chin, and cheeks is almost completely filled in. A strong build now holds up my frame; skin on top of muscle, on top of bone, with some fat mixed in here and there. A voice resonates from my chest through my vocal cords and out into the ears of anyone listening. I’ve been told my voice partly resembles that of a gay man due to its pitch and intonation. I don’t mind if people assume I’m gay; I find comfort in people hearing a male voice and seeing a male body. What they assume my orientation is doesn’t matter to me. It’s the “T,” the nickname for testosterone that brings me this rite of passage; it’s the T that may seem daunting and unfair at times, but also makes me feel proud to be who I am. I engage in this injection ritual every ten days and will continue administering the shots the rest of my life. T will forever be a part of my journey…”

The week before I started on hormone therapy the main emotion that ruled my day-in/day-out activities was terror. This may come to a surprise to some, and a moment of connection for others. I knew that starting on testosterone was something I wanted, but I was terrified of the changes that would make my transgender identity no longer a secret, a wish, or a desire. Once I went on testosterone my body would change and people would notice.

Of course the whole point of going on “T” is to have the body change, to have the voice drop, to have people use “Sir” or “He” or “Buddy” (I get a lot of “buddies”) instead of “Ma’am” or “She” or “Lady”. But preparing for that first appointment where I would receive that first injection and then wait for the unknowns was overwhelming. While I waited that very long week, questions kept cycling through my brain: How people will react? Who will turn their back on me? Who will embrace me and call me by my chosen name? What should my new name be? How will my parents and family interact with me as my physical appearance continues to change? Will I be happy?

As the week moved into just hours and I was closer to being a man on the outside, shedding any last part that could be read as a woman, I feared that my continual anxiety around going on hormones meant that I was not ready for this step in my transition. I then began to question if I was even transgender at all, or just a kid in recovery from an eating disorder trying to find another way to manipulate a body that has become that friend that you have no choice but to be friends with even though you can’t stand them.

I am standing here now, nine years later, and all I can say is that taking that very hard step into my doctor’s office and putting that very big needle in my leg for the first time, was the strongest I have ever felt in defining my own journey and my identity. Within milliseconds of the T rushing into me, filling my leg muscle and soaking into my tissue, I felt the fear being pushed out of my body by a warming rush of happiness. As the day pushed on, and I limped around the city with a very sore leg muscle, I knew that although my maleness was still invisible to the naked eye, it was growing inside of me and would slowly blossom for everyone to see.

When people learned of my new identity and the hormonal treatments that were core to assisting me, questions began to pop up. Will your personality change? Will you become angry? Will you die younger? Do you need to continue on hormones the rest of your life? What happens if you get off of testosterone? Will you ever want children? Are you sure they are safe to use? What if you get cancer? . . . and the questions continued.

My pat answer when the barrage of questions hit me was, “I’d rather live even just five years as me, than another thirty to fifty as a person I was never meant to be.” This helped some people, but others continued to stay focused on the concreteness of my decision and how that would play out in the future. For those individuals, I can now report that my personality has stayed the same, I have never been an angry person and (unless driving) do not see that changing. Any one of us could die at any given time, could testosterone be the cause of that, maybe, but research is showing it is safe and effective for longer term use. And if kids happen into my life, they were meant to be part of it, if not, it wasn’t my time on this planet to be a parent outside of the people I’ve mentored over the years.

With all of the fears around hormones, the longer I have been on them, the more uneventful my life has become. In my experience, after the first three years of being on testosterone not much changes. My health is the same, my mood and energy are typically stable, my blood pressure has risen slightly, but I feel that is connected more to stress than the hormone that I inject into my body.

As I have become Ryan, sir, he, or buddy, to the outer world, I am working on a new journey; I’m working on how to live a life where my transition doesn’t rule who I am, my choices, and my identity. This is proving to be a more difficult journey as I am realizing some of the most exciting moments in my life have been due to the experiences I’ve had in making me. When I first started on hormones I felt like a kid waiting for Christmas day. I used to count down the days and have troubles sleeping the nights before an injection because I was so excited to have another dose in my body. I knew that extra dose would add another hair to my chin and cheeks. I knew another dose would cause a slight drop in my voice. I knew that next dose would get me one step closer to never having a period again. I knew that with each workout my body would start shaping into what I saw when I closed my eyes and fantasized about me.

All of this excitement lasted for a year and a half, but has since faded into nothing. Now I have to remind myself what day it is in relation to my last injection. I have to give myself a pep talk before putting that one-inch needle into my leg. I now count the number of hairs left on my head instead of what is coming in on my chin. I now go to the doctor to see if I am at risk for high blood pressure and if I should reduce the amount of salt, dairy and meat in my life.  I am now officially, just a guy who is aging.

This, to me, is something I find fascinating about a transition. For most people, once you become unexcited or bored with something, you quit and move on to something else, but with a transition, more specifically hormone therapy, although I’m not excited about it anymore, it is something that is necessary for me to continue for the rest of my life. It used to be a symbol of my identity, but has now become a medical treatment, a prescription, a thing I need, not a thing I want.

Don’t get me wrong, I still have moments of feeling fresh, revived and excited when holding that little glass bottle before putting it away for another ten days until my next injection. I am just finding that as the years pass I am starting new transitions that aren’t related to being transgender, now I’m trying to figure out how to be just another person in this world; a person that has to continually work on my relationships both with my own body and the people around me. Thanks to testosterone, this is easier than it was in the past, but hormones can only do so much, the bigger influence is attitude and heart.

Ryan Sallans is a public speaker, diversity trainer, consultant, publisher and author specializing in health care, campus inclusion and workplace issues surrounding the Lesbian, Gay, Bisexual, Transgender, and Queer/Questioning (LGBTQ) community. He is also publisher and editor-in-chief of the quarterly literary journal, The Outrider Review which explores themes surrounding sexuality, gender and identity and features artists and writers worldwide. And author of his memoir Second Son: Transitioning Toward My Destiny, Love and Life.

Navigating Schools in this Time of Disruption for Transgender Youth
February 24, 2017
Finding Trans-Inclusive Colleges and Universities for Your Child
January 27, 2017